We became friends because I had an issue with my work computer, and she was the resident IT guy. I sympathized with the amount of pressure she was under (everyone seemed to be locked out of the Wi-Fi that day). She asked me how it was going because I was new. I lied and said it was awesome. We sat with each other for lunch a few days later and she said that she saw I was looking at Susan Sontag passages on my browser. I knew then we’d get along, that we had something we could talk about only to each other. We became lifelong friends inside of a few weeks.

I remember every detail of my first encounter with all my friends. It’s a rare happening and I have a magpie memory – only the shiny parts remain. I remember meeting my first best friend. We could not have been older than five but we hardly went a day without seeing each other. We had matching Pocahontas merch, hers was a jumper and mine was a duvet. For me, making a new friend is a little like successfully performing a magical spell. I commit it to memory just in case I need to replicate every aspect of what I did, including the weather.

I remember how I met the woman who is now my oldest friend. We went to one of those private, vaguely evangelical primary schools scattered through the middle-class neighbourhoods of Nairobi. Our teachers had quite the flair for violence so the memory that comes to me when I think of her is not of the sunny day when we met, but of the afternoon when she answered one teacher’s question. A TV show that aired during the weekend. “Sikuwatch.” She said. Behind us, I heard the drawer open and another teacher takes out the pipe. Then I heard him walk up behind us and bring the pipe down on her back. I remember sitting next to her, wanting to scream and making not a sound. I didn’t even flinch. He was our Kiswahili teacher and sheng was forbidden.

It was from friends that I learned that something could be a secret and still be shared among friends. I learned this on a Saturday on the way home after tuition classes. We wore home clothes and that might have helped loosen us up. I cannot remember how the conversation drifted onto parents but all of a sudden, one after the other, our little group of friends started confessing. One by one, each girl told me in her own way that no homes were perfect. All families had secrets and all parents were flawed. I remember the knot unravelling in my stomach as I too made my confession. I was giddy with relief despite the burden of this new knowledge. I still walk past the exact spot when I visit the old estate.

There were no whispered admissions in high school. Deadbeat dads were named and shamed with ease. The phenomenon was so common as to be the rule, not the exception. There was so much more to talk about in that all-girl Catholic school. I hated it, we all hated it. But I never stopped trying to get out. No one in my group of friends ever gently took my face in their hands and told me that I needed to accept the reality right before me. That we were not in form one anymore, and it was time to deal. They would have been right and I will love them forever for not doing that. Instead, we spent Saturdays laying in the sun together and practising Recorder in the music room. Well they practised, I tried to find X FM on the radio.

I remember Elizabeth. She was my deskmate for most of form 3. We had none but the compulsory classes together and she was one the best people I ever knew. We played handball together, she was the keeper. Elizabeth was tough in the way that many young girls have to be in this country. She was from Kitale, her mother grew tea and finances were tough. She did not complete school with us, transferring to a private day school near home to finish. The next time I saw her was on the news. April 4th, 2015. She was called to Garissa University after she passed her exams. The photo was of her in our school uniform. She called her mother to say goodbye and many people said that it was a stupid thing to do. My friend was not stupid, she was one of the bravest people this country has ever seen and she deserved better.

There’s an idea of what female solidarity looks like and it’s one where women march or link their arms in an endless, defiant chain. It is not realistic and I suspect that is why it is so popular. Female solidarity is a dangerous thing. Better to make it look like an insurrection, a boiling over of anger and bitterness, hysteria made flesh.

More commonly, our solidarity is a quiet, solemn thing. It is found in the Chama where you can sit for a few hours with people who know you, who’ve invested in you, and who are happy to listen to you. It’s found in late nights at KICC, holding each other tight while swaying to Chronixx live and hoping you’ll remember how perfect that moment feels forever. It’s there when you call a number you forgot you had saved to talk to a former classmate and cry together on the phone.

I made no friends in university even though it seemed like friends were everywhere. I had been thrown out into the adult world with a marketable skill and a deep suspicion of institutions but no social graces. I found fulfilment in work instead. It was a point of pride for me that I was working and going to school full-time. I had my own money and it felt like I was starting on the path to the success that I’d dreamed about when I was younger. The longer I went without a group of ‘campus’ friends, the more focused I became on proving my worth in other ways. I had no one to tell me that I was worthy without all the striving. I needed friends.

I have always been a malcontent but I did not become a leftist, feminist, commie nightmare until I became friends with women who were equally nightmarish. I thought I wasn’t like other girls until I realized that my only hope lay in other girls like me.

Friendship as resistance may seem like a contradiction but in a world that is violent and cruel to us at every turn, what greater opposition can there be to that than to show each other kindness and love?

These friendships shield us from the worst of the thousand tiny cuts that we receive as we go about our days. And if they can’t at least they allow us to show each other the scars. Our friendships weave through the battlefields we all have to suit up for; single motherhood, working in corporate Kenya or informal sector Kenya or small business Kenya, surviving a walk through any town or city, growing up on the wrong side of pretty and the list goes on.

More than shelter, female friends can be muses, soul mates, and guardian angels. My friends have, against all odds, made me a better, more considerate person. They’ve also made me smarter, they’ve introduced me to nuance, and even redeemed spoken word poetry for me. They are both the promise of comfort and unbridled freedom for me.

I don’t remember when I became friends with my mother but I do remember the first time it occurred to me that we were friends. She told other people, while I was standing there, that I was her friend. I was eighteen and shaking off a bad mood that had lasted just under four years. In the months after my bad mood began to lift, my mum and I tried to adjust to life on changed terms. We managed it as best as we could but mostly lived like roommates, splitting chores and trying not to get in each other’s way. I went to university, worked, graduated and then I moved out.

One August day, with the sun beating down on Nairobi, my mother came to see my house. I lived in a fancy bedsitter. It has a separation between the ‘bedroom’ and the open-plan living room and kitchenette. No big deal. What was a big deal was that I had a couch and a fridge. I also had curtains, a laundry basket, and matching utensils. I had a home and I wanted my mother to see it.

She said I was living the life that she could have lived. I couldn’t stop looking at her on my couch, drinking my juice from my glass. I saw her for a minute as the girl in the photo albums. She left everything she knew in Eldama Ravine and came to Nairobi for school. She was going to take over the world and life got in the way. She became a beloved teacher to what must now be thousands of students, raised three children, and still held on to her dreams. I asked her about the home she will make for herself and we talked about it all afternoon. I think that’s when we became friends. 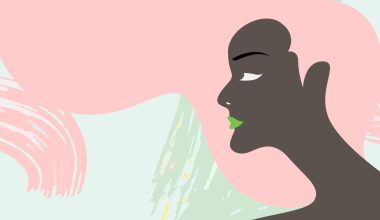 Mama Chebet whispered something in her daughter's ear and Chebet left the building. All eyes were looking at her as she made her way outside. 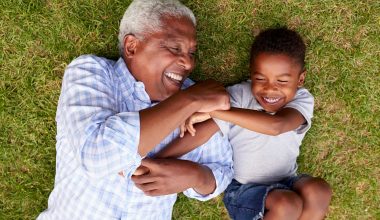 I closed my eyes and listened to the sounds around me. The occasional birds tweeting back and forth.… 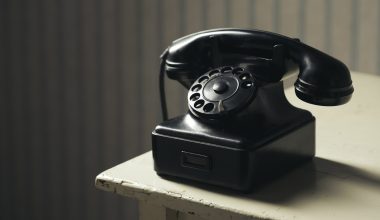 ACT I: This is Kenya “…if this was America” But this is not America my friend. This is…
Back to top