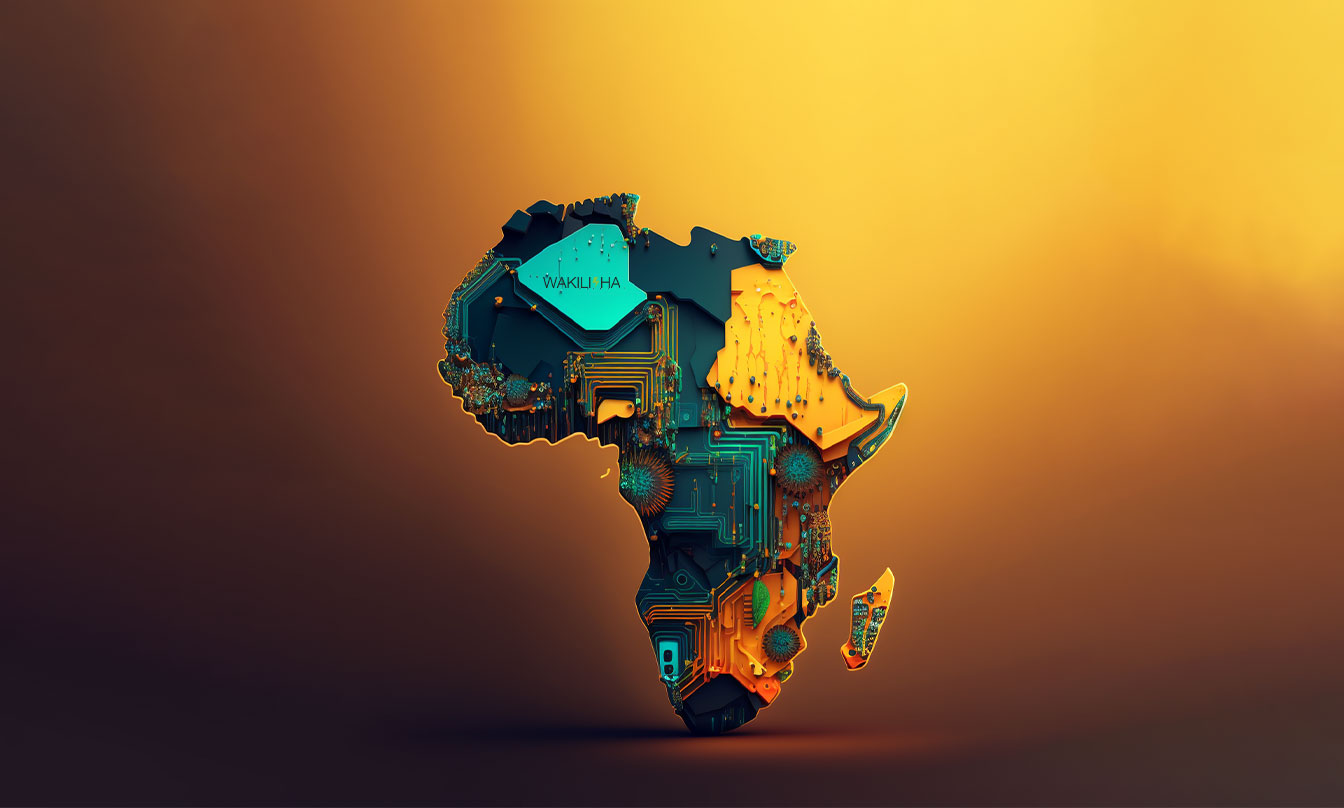 Enabling the Adoption of AfCFTA through Digitalization

As African countries continue to push for the achievement of the goals of the African Continental Free Trade Area (AfCFTA), the digitalization of the continent’s economy has become a key focus.

The benefits of technologies such as blockchain, AI, next-gen batteries, robotics, 3D printing and drones, in terms of increased efficiency and transparency in trading, better market predictions, and streamlined logistics, are too great to be overlooked. The use of technology such as blockchain can improve transparency and efficiency in trading by providing tamper-proof records and secure digital transactions. Artificial intelligence can help with predicting market trends, identifying trading partners and optimizing logistics. Next-generation batteries can help with the storage of energy and power for various applications. Robotics and 3D printing can help with manufacturing and automation of processes. Drones can help in delivery of goods and services, surveying and mapping. All these technologies can help African countries to streamline and improve their trade processes, which will result in greater economic growth and development.

Trade policies and technology are closely intertwined and cannot be viewed in isolation from one another. The ability of countries to engage in sustainable free trade across the continent through AfCFTA depends largely on their technological performance and capabilities.

The technology-trade relationship is complex and often misunderstood. Technology and innovation policies tend to be viewed separately from trade policies. However, the success of AfCFTA requires a convergence of these two areas. After all, trade is highly dependent on technologies embodied in infrastructure, transport and other means of transport and communication.

In order to fully realize the benefits of AfCFTA, it is essential that African countries not only focus on adopting new technologies, but also on innovating in their policy-making and policy design. This will ensure that technology and trade policies are closely aligned and mutually supportive. To achieve this will entail creating new products and services, diffusing old and new technologies, and developing human capital that will be able to support the integration of these technologies in trade. The success of AfCFTA in building technology and trade policy convergences will greatly affect adoption.

Bridging the Digital Divide through Education

It is crucial for our digitalization strategies to include radio as a means of reaching out to marginalized communities. This is especially true in the context of the AfCFTA, where many citizens in impoverished, remote areas may not have access to technology or the disposable income to attend school. According to World Bank data for the year 2020, the Population of Kenya stands at 53,771,300 with the majority, 72%, of the population in rural areas compared to 28% in urban areas.39 Access to radio in the home in Kenya is 95% for rural and 94% for urban, compared to television at 67% for urban and 40% for rural. A radio, whether it is solar or manually powered, could provide these individuals with access to education and other resources that they would otherwise not have. This is a cost-effective and sustainable way to bridge the digital divide and ensure that no one is left behind in the push towards greater digitalization. By including radio in digitalization strategies, we can create a more inclusive and equitable society where all citizens have the opportunity to succeed.

It is high time for Africa to invest in training her young people in the field of radio engineering. With the AfCFTA, the potential market for African-branded FM radio receivers is huge, and the ability to design, manufacture and assemble these radios locally will be vital to the continent’s economic growth and development. By providing training in radio engineering, speaker, audio and studio monitor systems and antenna design and fabrication, we can empower Africa’s young people with the skills they need to succeed in this field. It is an urgent task that will greatly improve the lives of Africa’s youth, and in doing so, help drive economic growth and development across the continent.

It’s true that Africa currently faces a significant deficit in terms of scientific knowledge production and investment in research and development (R&D). Despite being home to 16.7 percent of the world population, Africa produces only 1.1 percent of the scientific knowledge and attracts only 1 percent of global investment in R&D. Additionally, the continent holds only 0.1 percent of the world’s patents. However, this does not mean that Africa is unable to catch up and become a major player in the digital revolution. The key to achieving this is to ensure that the digital revolution is inclusive, and that efforts are made to boost these statistics.

Research and development (R&D) investment is critical for the successful achievement of AfCFTA’s goals. The missing link for Africa has been the lack of investment in R&D to establish and strengthen centers of excellence and centers of specialization for the necessary human capital development. This is essential for industrialization, urbanization, and digitalization. Africa’s public R&D expenditure as a share of GDP is low, at 0.2-0.7 percent, which is a significantly lower figure than in more developed countries that have much higher gross spending on R&D and a strong industrial R&D base in areas such as pharmaceuticals, automobiles, digital, and bioscience technologies.

Without adequate R&D investment, African countries will be unable to develop the necessary human capital and capabilities to compete in the global market and take advantage of the opportunities presented by AfCFTA. By increasing R&D investment, African countries can develop their own industries and create new products and services that can be traded across the continent. This will help to create jobs and stimulate economic growth, and ultimately lead to the successful advancement of the goals set out in by the AfCFTA.

As we promote greater economic integration and development across Africa through the AfCFTA, intellectual property protection (IPP) will continue being an increasingly critical issue in technology and innovation policy. IPP has important implications for technological development. On one hand, IPP can limit the exchange of scientific and technical knowledge between countries, depending on the state of their technological development. This can be a barrier to technological progress in less developed countries, and may constrain the ability of AfCFTA member states to share and benefit from each other’s technological advancements. On the other hand, IPP can provide incentives for technological innovation by allowing companies and individuals to profit from their ideas and inventions. This can be a powerful driver of economic growth and development for member states. It is important to find a balance between these competing interests as we pursue our goal of promoting greater economic integration and development across Africa.

As African countries continue to embrace digitalization and the opportunities it presents, it is important to be aware of the threat that cybercrime poses to digitalized economies. Cybercrime is a rapidly growing problem that can have a devastating impact on individuals, businesses and governments. It can be used to steal personal and financial information, disrupt critical infrastructure, and even interfere with civic processes.

African countries will have to take proactive measures to secure their digital systems and networks. This will include technical measures such as implementing firewalls, intrusion detection systems, and encryption to protect data, as well as implementing regular security audits and vulnerability assessments to identify and address potential vulnerabilities. However, technical solutions alone are not sufficient to combat cybercrime. For successful achievement of the goals of the AfCFTA, African countries will have to work together to establish a common legal framework to combat cybercrime. This can include measures such as mandatory data breach reporting and the creation of specialized cybercrime units within law enforcement agencies.

While digitalization has the potential to greatly benefit Africa, it also comes with its own set of risks. One of the most pressing concerns is the potential misuse of personal information stored in the cloud. The ease with which this information can be accessed and used to predict users’ future behavior without their consent is a significant concern for all stakeholders involved.

While the potential misuse of personal information is a significant concern when it comes to digitalization, the potential benefits of digitalization in enabling the achievement of AfCFTA goals far outweigh the potential risks. Further, this is not unique to Africa or the digital economy. This is a global issue that affects all countries and industries that rely on digital technology. The key is to address this concern proactively and effectively.

AfCFTA members should not ignore disruptive innovations. They should focus on taking the necessary steps to protect citizens’ personal information. They can achieve this by implementing relevant data protection laws and regulations. African governments should also provide education and awareness on data protection and privacy to help users make informed decisions on how they share and use their personal information.

Despite the many benefits of digitalization, it is important to recognize the negative effects that it can have on the environment and society. One major issue is the significant energy consumption required to power data centers and networks, which can lead to increased carbon emissions and contribute to climate change. Additionally, the production of digital devices such as screens often involves polluting processes that can harm the environment. Furthermore, the business models of many companies in the technology industry encourage the rapid replacement of devices, which not only contributes to e-waste but also creates a cycle of consumerism that can be detrimental to both individuals and society as a whole. This is driven by rapid software development and update cycles, which cause hardware platforms and digital engines to become obsolete and require frequent replacements.

Digitalization is unarguably one of the keys to unlocking the potential of the AfCFTA and creating a more prosperous and inclusive Africa. By providing access to education, resources, and economic opportunities, digitalization can empower individuals and communities and help bridge the digital divide. However, it is important to be aware of the potential negative effects of digitalization and take steps to minimize them, such as investing in sustainable energy solutions, increasing R&D investments, enhancing cybersecurity awareness, improving access to education, and promoting responsible e-waste management. By taking a holistic approach to digitalization, Africa can harness its potential to create a brighter future for her people. 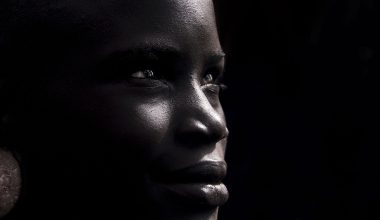 Artistic activity is generally considered to be secondary to a main activity. Artists are first and foremost economists, journalists, teachers, shopkeepers or farmers. 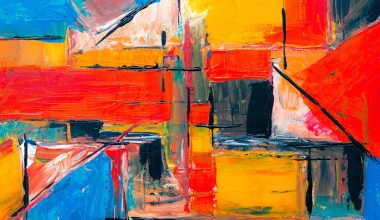 “How is placing a logo here and an image here and some text there so difficult? I don’t… 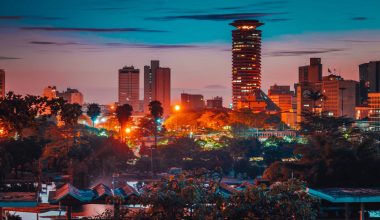 A friend of mine told me a story about the landmarks of Africa once. In the story, an…
Back to top