Muiruri Beautah
In the second episode of the first season of Njoro wa Uba, a Kenyan television show about the struggles and experiences of an educated taxi driver as he operates his cab across the city, we meet Mr. Mbotela.

Mr. Mbotela is an educated, senior dreadlocked man who wants Njoro to take him to town, and Njoro obliges. Upon beginning the journey, Njoro offers Mr. Mbotela a mint. “Asante, but meno imekataa.” Thank you, but the teeth have refused, responds the passenger, whose damaged teeth clearly shouldn’t be anywhere near sugar. Next, Njoro asks about the radio as he cruises through the neighborhoods in his white Toyota Belta. “Na redio, unataka station yoyote in particular?” To which Mr. Mbotela says no, “hizi vipindi zinalack substance.”Njoro tries to convince the old man seated in the back that there still exist radio stations that play good music and have interesting talk shows but Mr. Mbotela, who is holding an open book and stealing glances at it every few seconds, is unconvinced.

Along the journey, Njoro and Mr. Mbotela get to talking about kindness and Mr. Mbotela asserts that every act of kindness is selfish. According to him, “Hakuna kitu kama usaidizi wa bure.” There are no random acts of kindness. “Ata ile mint ulinipatia, it wasn’t for your kindness…unategemea nitakupatia 5 stars for it.” Mr. Mbotela believes that expecting things in return for favors is the way of mankind.
Mr. Mbotela believes most great inventions were born from a selfish desire by the creator to make their own lives easier or better in some way. Helping other people was secondary. Whether the prize is 5 stars, a fatter paycheck, or the recognition that comes with the invention of a vaccine, according to Mr. Mbotela, the goal is always the same; to gain value for oneself. “If you aren’t [selfish] you become a parasite to those who are, and that is worse.” remarks Mr. Mbotela in his closing remark as he chooses to focus on the book he was reading the rest of the journey.

British evolutionary biologist and author Richard Dawkins shares a version of this sentiment in his influential book titled The Selfish Gene. Dawkins used a metaphorical element in a bid to simplify such a complex idea as the process of natural selection which occurs in the evolution of living beings. Natural selection is not about making the species or our community better. Natural selection is about the security of the individual. The individual being, merely a vehicle for genes. When many individuals, each with their own purely genetically selfish purposes come together, communities, societies and species, progress.

When Dawkins says ‘pure altruistic behavior has never helped anyone in the history of any species’ he meant the genetic kind.

The kind of selfishness inferred to in The Selfish Gene and by other evolutionary biologists is not the kind where you don’t help your neighbor with a spoon of sugar even though you have 2kgs in your pantry.

Natural selection selfishness is the kind that favors certain genes rather than others, not because of how the genes are themselves, but because of their phenotypic consequences. The ‘selfishness’ in The Selfish Gene arises from the biased (hence selfish) selection of the best adapted genes for passing down to the next generation. It is selfish because not all genes make the cut for the next generation.

In a land of tall trees with no branches, the tallness gene will be preferred for its functional uses. Women it this land would prefer tall men or women to be with and have children with because their survival would be much more likely than if they were to be with the short men or women. The shortness gene will slowly but surely die out of the gene pool.

Beyond the metaphorical selfishness involved in the process of natural selection, there is no deterministic correlation between selfishness and genetic makeup.

Nigerian author Chinua Achebe says “Until the lions have their own historians, the history of the hunt will always glorify the hunter.” Stories shape history. Stories are also important because they help us understand and cope with complex things we might not understand yet. How you tell a story has a huge bearing on the lessons your listeners take from it. And for the listener, the lessons you take from a story have a huge bearing on your life.

The story of the selfish gene is not really about an inherent behavioral trait. While genes are powerful, they are not determinative. Genotype-phenotype correlations are not always exact. Away from the list of Gregor Mendel diseases that pass down through families in predictable patterns of inheritance, making predictions about the effect that a given gene variant will have on traits and behaviors is quite difficult. Even in rare situations where there is a well-characterized relationship between the gene and the phenotypic outcome.

Do genes affect traits? Yes. But not in simple ways. Genes do not exist in isolation and neither do they manifest in a deterministic manner. There are many variables, environmental, economic and other, which affect gene expression. It would be wrong to take the idea behind the selfish gene literally and reductively. Ignoring the complicated relationship between genotypes and phenotypes presents a distorted view that pushes an agenda of genetic determinism, reducing humanity to a temporary manifestation of anthropomorphic genes in search of their own immortality.

Mr. Mbotela, like many others who are familiar with the selfish gene, errs from learning the wrong lesson. The selfish Gene is not proof that man is hardwired to be selfish. Nor does it give man a reason to be uncharitable in quotidian life. 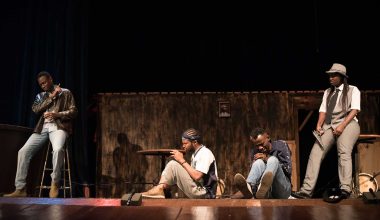 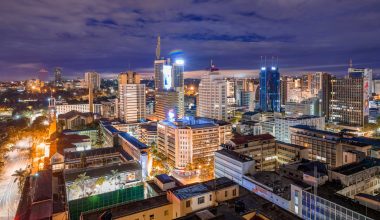 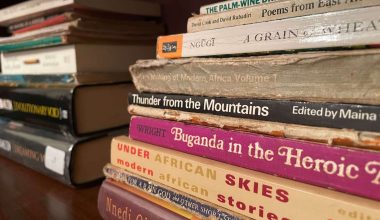 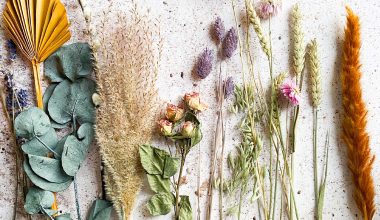 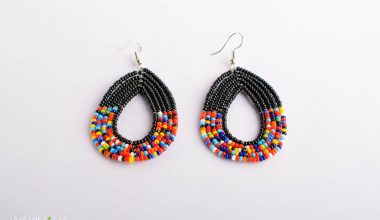 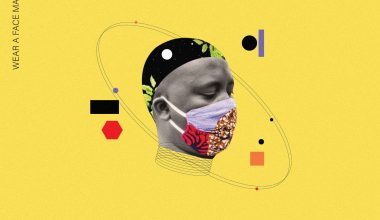