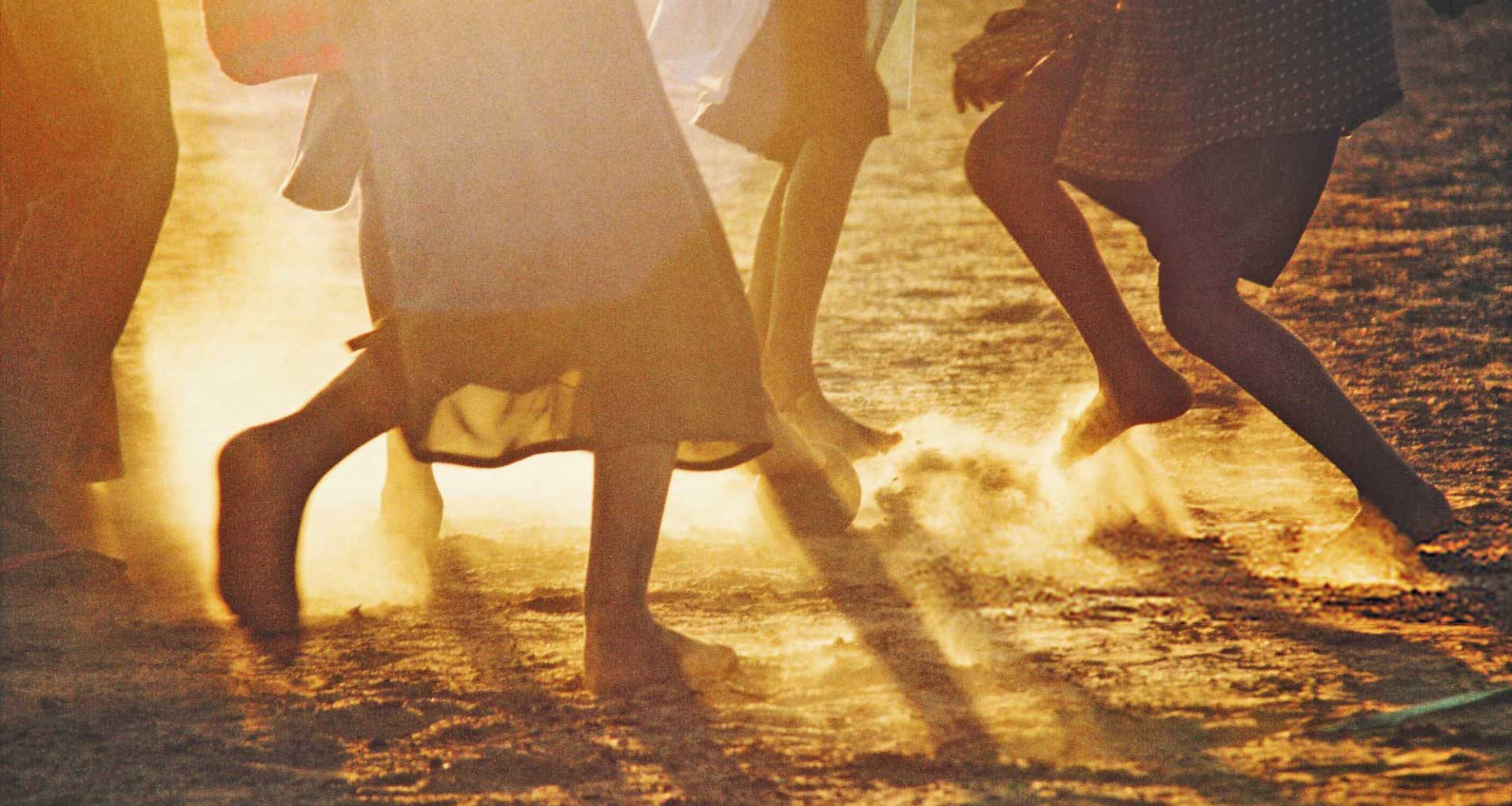 When we talk about cultural identity in Kenya, one thing is certain; Kenya is a country of diverse cultural groups. In the country of more than 50 million people, there are more than 46 distinct ethnic groups, most with unique languages.

From the fifteenth century onwards, the Western civilization at its most belligerent launched a project more grandiose than any formally known. The scheme involved the plundering of regional riches and the exploitation of their native inhabitants all around the globe. Europe colonized the world. On the surface, this meant the seizing of natural resources from indigenous tribes. Intricately, colonization implied the imposition of European cultural items and values. Kenya, being among the colonized regions, underwent a massive cultural paradigm shift.

From majestic gothic buildings called churches springing up on Kenya’s savannah whereby natives were expected to worship a Jew every Sabbath, to the commissioning of formal schools that instilled foreign ideologies in the minds of the local citizenry. Thus came the concept of the colonized mind whereby eurocentrism was upheld as the sole enlightenment whose conceptual apparatus was seen to be the zenith of culturalism. African cultural practices that formed our very identity were deemed inferior; whilst others were renounced for witchcraft. Resistance against this foreign Eurocentric way of life was brutally quelled.

There is a popular Swahili proverb that says ‘Mwacha mila ni mtumwa’ (He who loses his culture is a slave to another). The European master appeared to be the compassionate saviour delivering the native man from himself.  The consequence of this colonial narrative vigorously spewed across the continent was the utter annihilation of native African cultural identities.

Kenya is a multi-cultural society. According to the census carried out in 2019, the Kenya National Bureau of Statistics reports that the state consists of more than 120 tribes (Including sub-tribes). Ethnocultural classifications, which were established by colonization, have been avidly subsidized by the government and the general population. Kenya is presently gearing up for its general elections that are to take place on August 9th 2022. This is a crucial moment for culturalism as the state’s elective processes are haunted by a sinister history of tribal undercurrents. Ethnic post-election violence has, in the past, riddled general polls in Kenya.  Following the 2007/08 tribal clashes, the country was tense. There was a tangible yearning to transcend beyond ethnicity, and for some – from tribe itself. As Kenyans braced for normalcy, the civic initiative ‘Tribe Kenya’ was launched. This social movement encouraged residents to reject identifying themselves by their original ethnic backgrounds, rather, to respond “Kenyan” when asked what tribe they were.

Times and tides are inevitably meant to change. World over, a mass revisitation of cultural attitudes, philosophies and history is being witnessed. It is imperative that we as Kenyans reclaim our native birthrights from such ill-advised notions that suppress the very essence of our national heritage. The assertion of our cultural identity needs to be retrieved from its entanglement with misguided connotations of ‘backwardness’ or from the fear that the affirmation of these identities by individuals can potentially trigger ethnic conflict. Whereas ethnolinguistic identification might foster tribalism and bigotry, categorisation may promote national inclusivity.

Tribe is not always an impediment to a democratic republic; it may be a useful tool in civic engagement. Gone are the days where colonialists would misuse differing cultural identities to pit one community against the next in line with the spirit of their notorious divide and rule tactic. It is possible for these differences to be acknowledged and celebrated. Kenyans should feel inspired by their cultural diversity, not threatened. A citizen of the republic should be able to feel proud to have his or her indigenous identity rooted in a given culture. Perhaps, it is by fostering tolerance towards these multiculturalist identifications that the true spirit of nationalism can be fully manifested.

Eurocentrism no longer seems to enjoy the superiority complex it has hitherto had over alternate cultural identities. Emerging contemporary trends have shown an undeniable favorability towards cultural diversity and inclusivity. In Kenya, notable interest has been sparked towards the ethos of cultural identity in the contemporary society. Though still a contentious concern, active effort is being put in dismantling the narrative that has plagued ethnicity throughout the years. Citizens are becoming less and less self-effacing of their second, culturally-sourced names. In fact, some have gone to the extent of doing away with their “English” names. Generally, their second names culturally identify them to a certain community in Kenya. This creates a certain sense of belonging in the society within which they find themselves in. This also gives users access to social networks that offer assistance as well as common ideology and objectives. In the long run, this creates a more sustainable societal model of interaction between communities than the one that involves rejecting or ignoring our miscellaneous cultural identities ever would.

How can we ignore something that evidently exists? Cultural interaction can also help to promote interpersonal wellness in other aspects. Embracing cultural identities culminates to national cultures and ideals. Higher creative endeavours and artistic expressions can be sought upon owning our cultural identities. Economic progress and greater material quality of living can also be derived e.g., via the uplifting of the tourism industry.

The pivotal issue is the erroneous and alien conception of culture as a commodity separate and independent from a people’s way of life. Kenyans should be careful not to commodify their cultural identities. African culture is not the useless and meaningless items people hang in their houses. In Kenya, and Africa at large, it seems that it is the tourist’s taste that matters. What happens under the title ‘culture’ across social media networks and urban centres; even in the ministries of culture are, for the most part, inconsequential, albeit occasionally funny. These actions are not predicated on any distinct or pertinent social ideology, and thus make no contribution to moral living. In order to truly build sustainable communities in Kenya based on cultural identities, we need to define what culture means to us as a people. 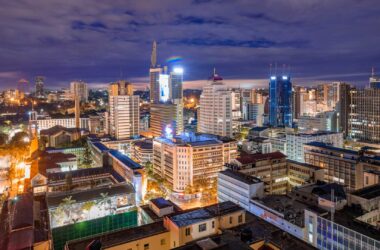 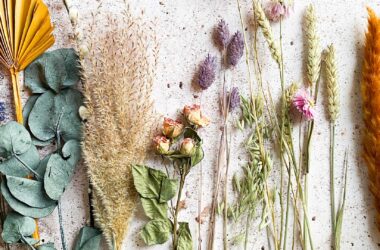 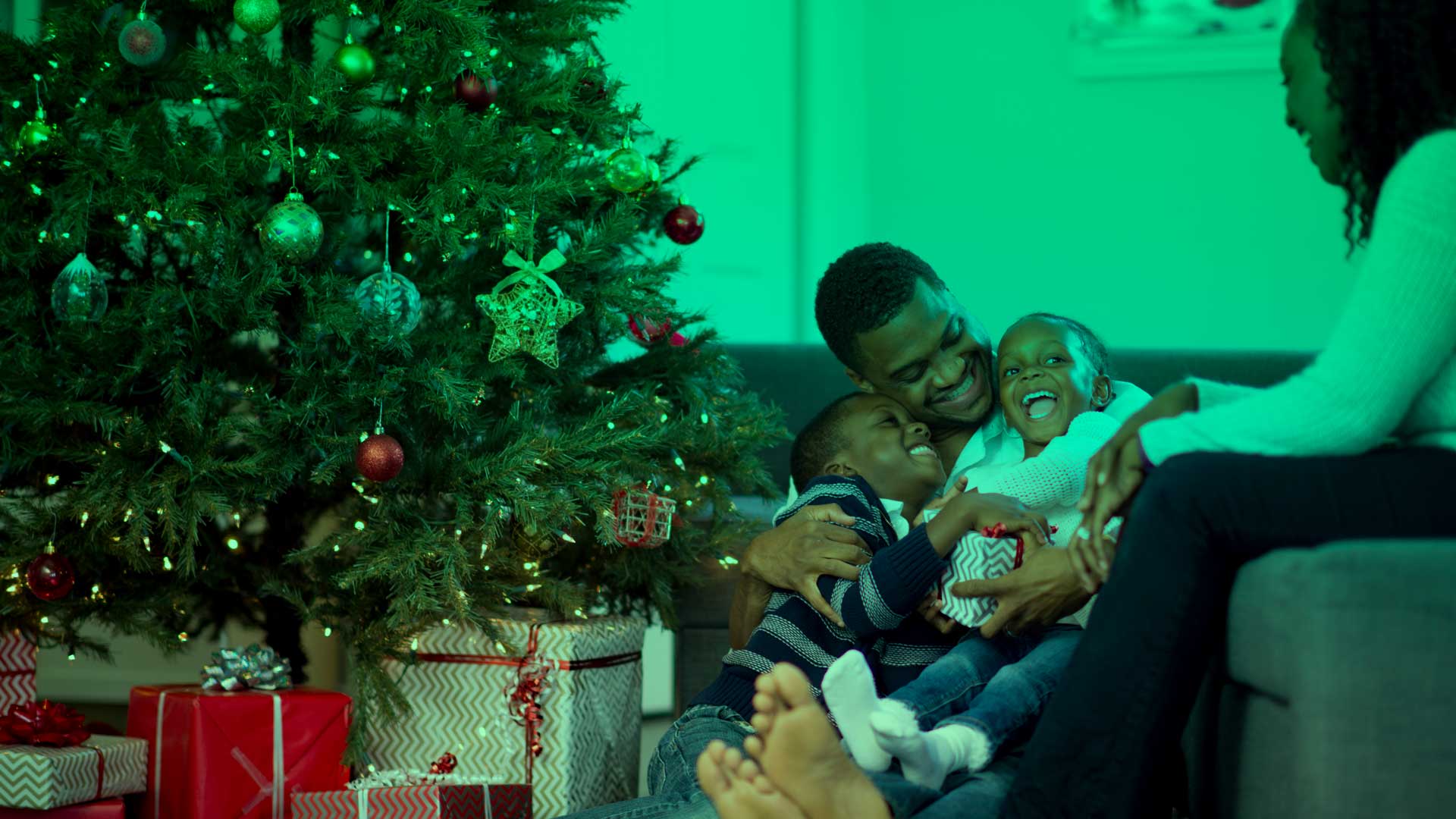 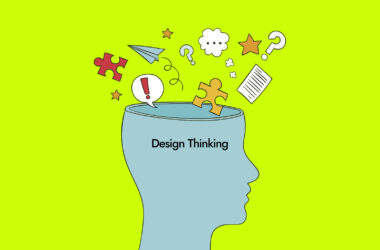 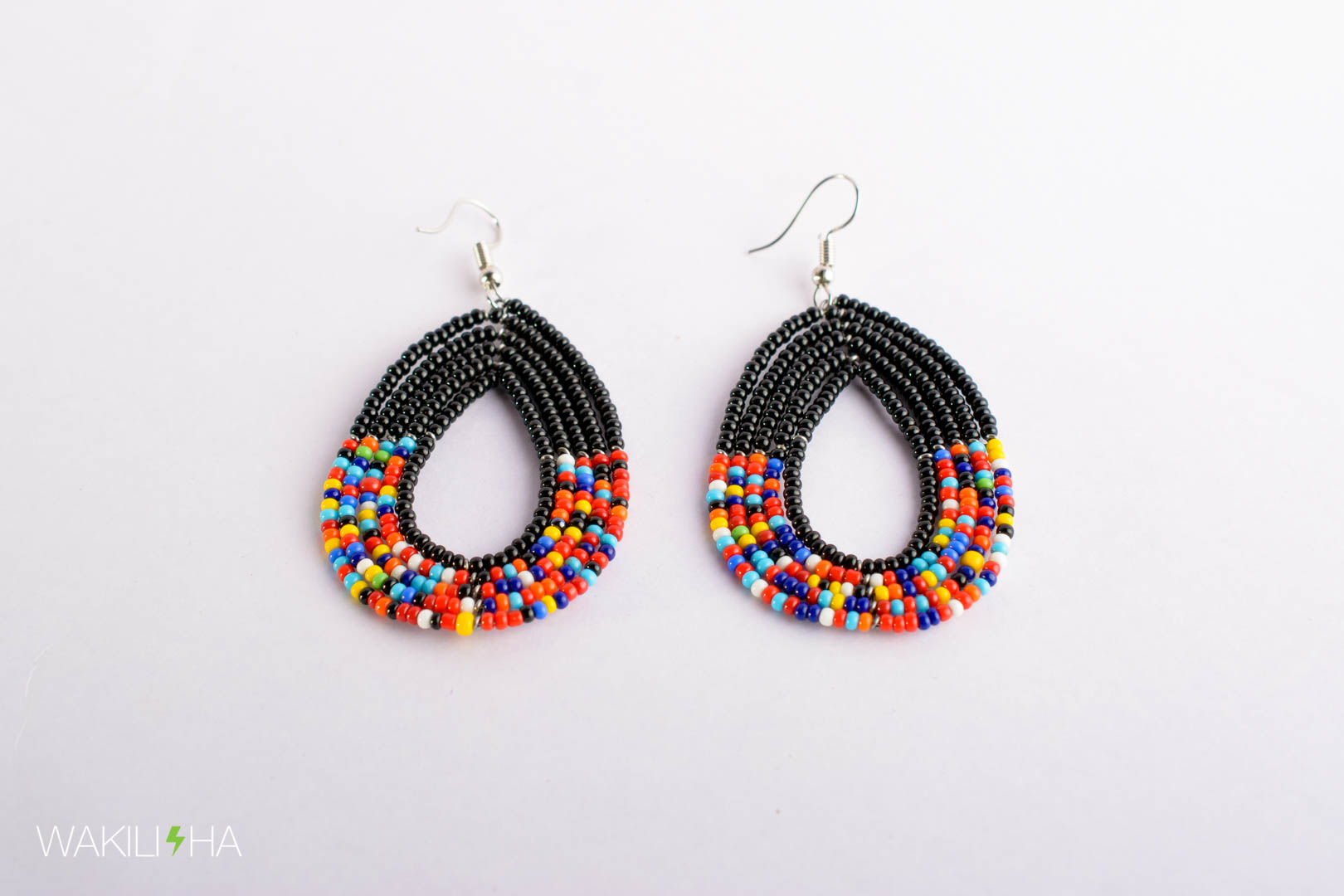 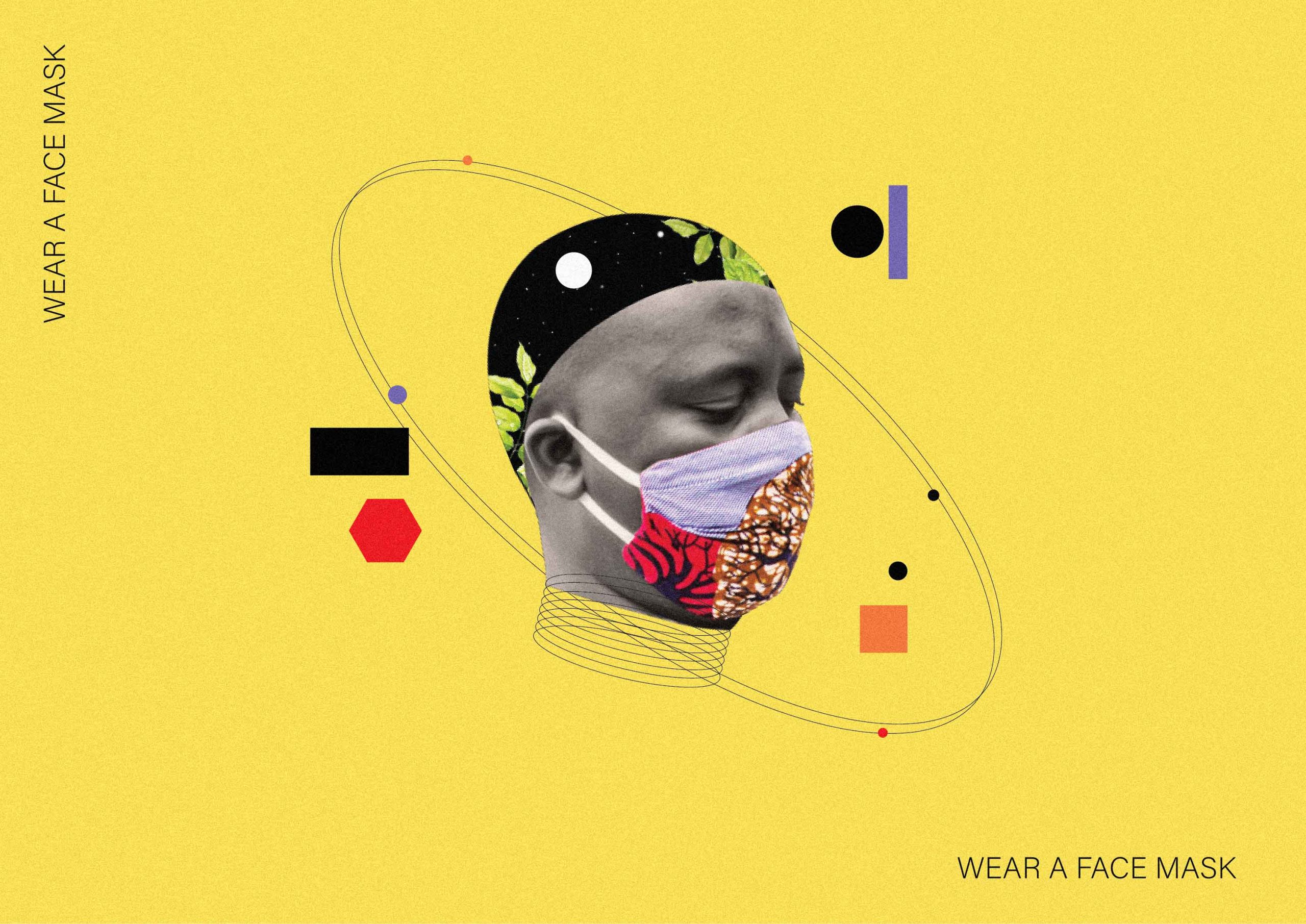